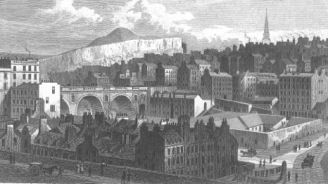 “Public spirit and Christian charity”: women and associations in Scotland, 1797-1830

Women were almost entirely absent from the convivial, political and literary clubs of the Enlightenment in Scotland. This paper addresses how and when they came to enter the world of voluntary associations, so central to the shaping of middle-class identities and to modern civil society. Scottish voluntary associations were often modelled on those of England, but adapted to specifically Scottish needs. Both evangelicalism and a philosophy of social improvement ultimately derived from the Enlightenment helped to inspire the formation of a wide range of female friendly societies, philanthropic organisations and bible and missionary societies across Scotland.

Jane Rendall is an Honorary Fellow in the History Department and the Centre for Eighteenth Century Studies at the University of York. She is interested in the Scottish Enlightenment and in women’s and gender history in Britain, and especially Scotland, in the eighteenth and nineteenth centuries. Her publications include: Origins of Modern Feminism (Basingstoke, 1985); Women in an Industrializing Society: England 1750-1880 (Oxford, 1990); Defining the Victorian Nation,  co-authored with Catherine Hall and Keith McClelland (Cambridge, 2000): Eighteenth-Century York: Culture, Space and Society, co-edited with Mark Hallett (York, 2003); (ed., with Karen Hagemann and Gisela Mettele); Gender, War and Politics: Transatlantic Perspectives, 1775‒1830 (Basingstoke: Palgrave, 2010); and many articles on gender, women and the Scottish Enlightenment.

PLEASE NOTE THE FINISH TIME- Jane is travelling back to York and needs to catch a 10pm train so we are finishing a little earlier than usual. We will go for dinner locally afterwards, please let Guy (gbecke01@students.bbk.ac.uk ) know if you’re planning on joining us.